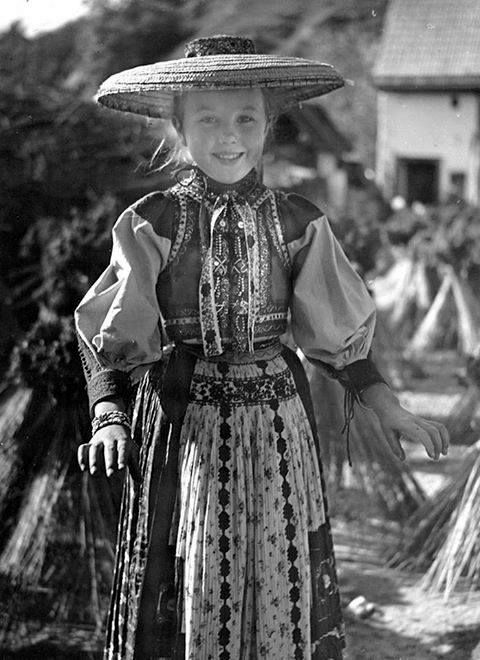 The Venus catwalk collection was inspired by Hungarian, Polish, Czech and Slovakian national costumes. The embroidered long sleeved shirt, the waist emphasizing silhouette and the special folk trousers are typical Eastern-European costume elements. The clothes synthesize each nation’s characteristic costume details. The collection is decorated with copper mosaic inspired by folk cross stitch patterns. Copper has been a popular metal for more than 10 000 years - it is related to planet Venus. This chemical element is known for its positive effects on health from ancient times, it was often worn as jewelry.

OTHER WORKS WITH FOLK INSPIRATION